For the safety of the ship and the crew, the LFPFM must be secured on a purpose built deck platform that jettisons the LFPFM overboard in case of fire or explosion using a quick release mechanism from a remote control station 5~15m away from the unit. 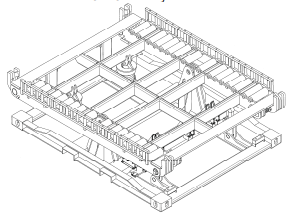 SOFRACO won the contract to develop the ECJS due to previous work and strong performance in the tender phase. The company then successfully developed a detailed design and built a prototype to DNPS requirements. Subsequent to successful trials and stakeholder acceptance, the ECJS became a Commercial Off The Shelf (COTS) unit available from SOFRACO.

SOFRACO completed the detailed design in six weeks with manufacture commencing soon after. The ECJS comprised a flat top frame with two rows of heavy duty rollers that support the 7 tonne LFPFM. The top frame pivots at the middle with respect to the bottom frame. 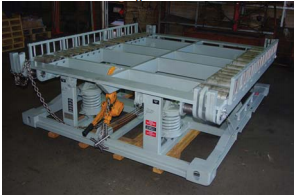 The inboard end of the bottom frame comprises two powerful compression springs to tilt the top frame when activated allowing the LFPFM to roll out. A control station with cables activate the unit in a staged sequence. 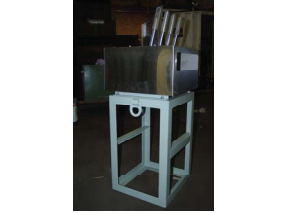