An engineering assessment indicated the Garden Island Naval Base illumination was insufficient. The cause was diminished luminaire brightness and multiple failed luminaires. In addition, the existing metal halide luminaires were energy inefficient.

SOFRACO also modified the electric circuitry of each of the 30 light poles to suit the new LED’s. 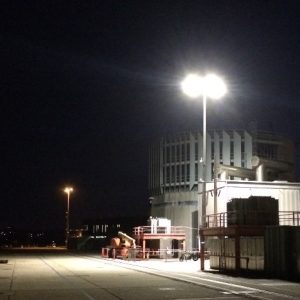